After being fortunate enough to see the previous 2004 transit under perfect weather conditions i decided for the 2012 event to stay at home in hope of simply seeing the event. The transit would end about 1 hour after sunrise from my location so a clear view toward the horizon was essential. Some of us again gathered with Sir Patrick Moore in hope of seeing the event much as we did back in 2004.

Weather was poor but as luck would have it we were very lucky to see the transit through some well placed gaps in the clouds. I feel quite fortunate to have seen not only two transits of Venus but both of them in the company of the legendary Sir Patrick Moore. Some photos are courtesy Jamie Cooper.

Though far from the cloudless event 8 years earlier, this one was memorable simply because none of us expected to see this transit given the prevailing weather. The gods were truly with us on this morning! 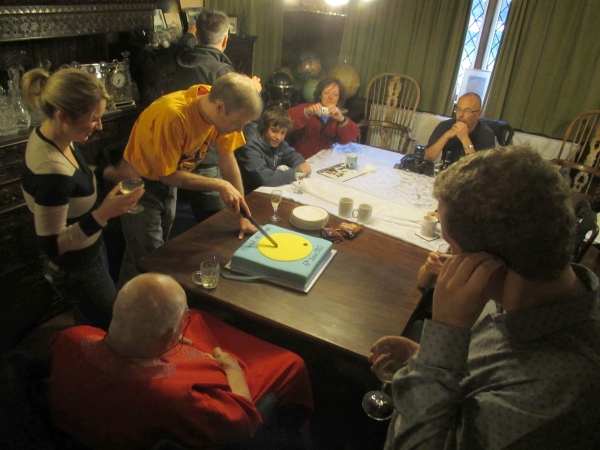 After our successful viewing of the transit we headed back to Patrick's to enjoy some cake and champagne for breakfast! 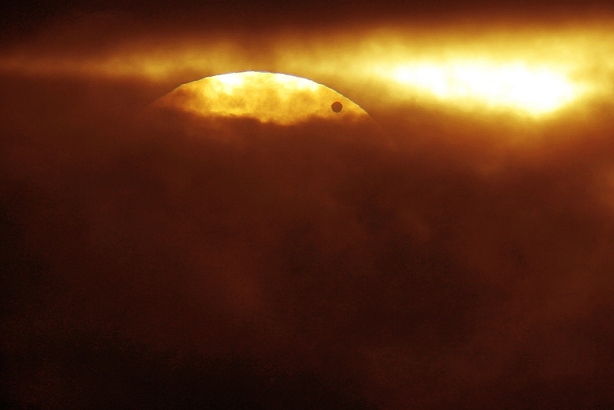 Another view of the transit captured by Jamie Cooper during a frantic snapping of frames while we both exclaimed in disbelief at having seen the transit despite the dreadful weather! 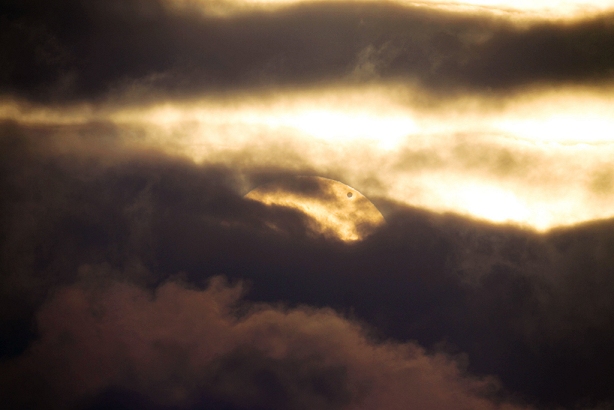 The miracle! Despite 90% cloud cover some brief breaks in the cloud allow us a view of the transit. Jamie Cooper caught this photo while i watched through binoculars alongside. The photo is a great representation of the view i had. 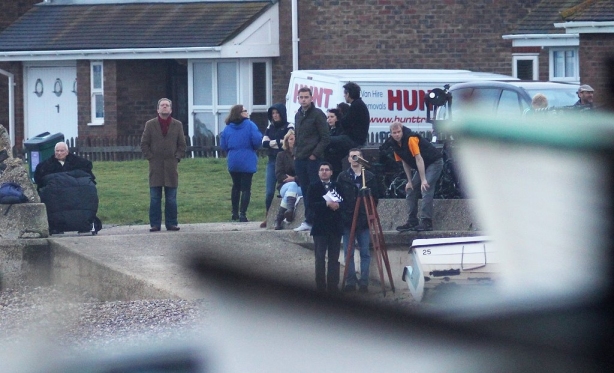 Hopeful observers on Selsey sea front hoping for a brief glimpse of the event. 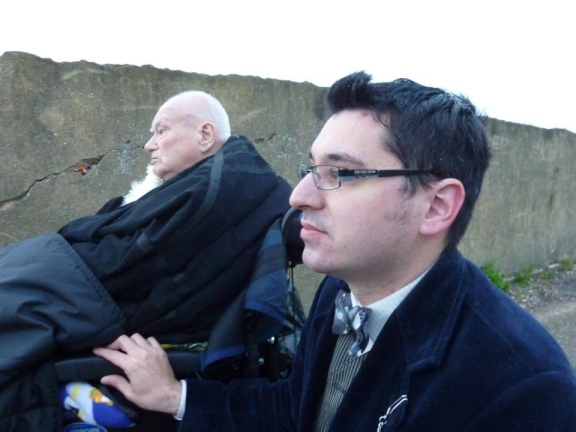 Paul Abel and Patrick Moore on the sea front in Selsey hoping for a gap in the clouds. 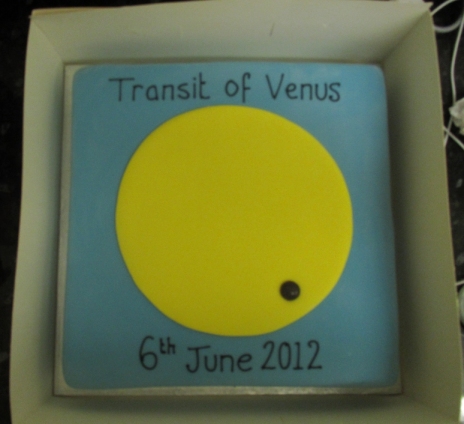 Cake made to celebrate the historic event! 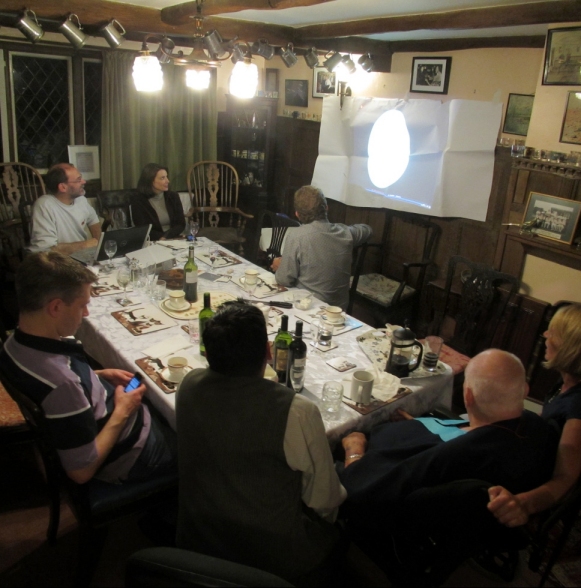 Watching the beginning of the transit via a live internet feed projected onto the wall.