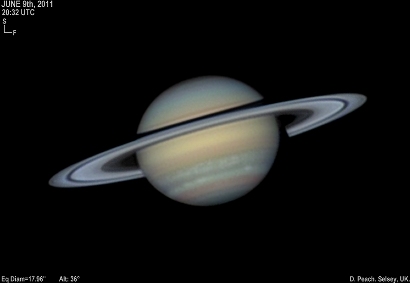 Saturn, June 9th, 2011. The last image of this apparition with the great storm still going strong. 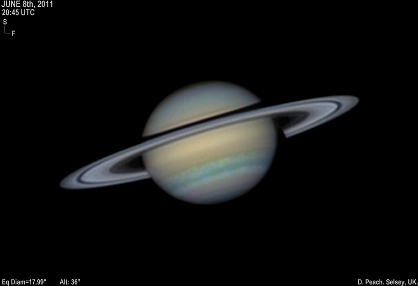 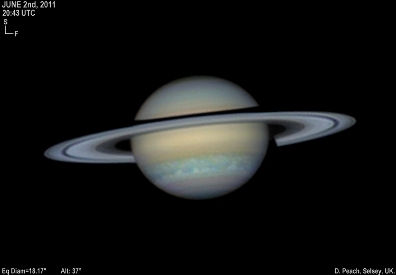 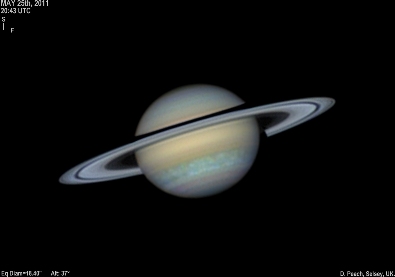 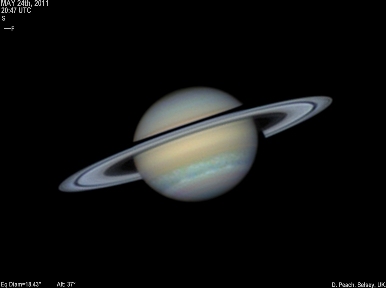 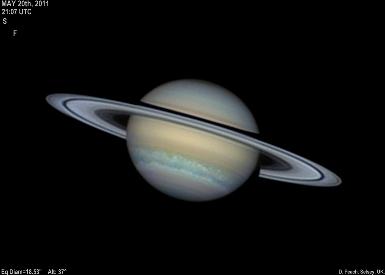 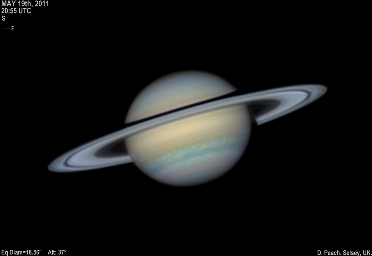 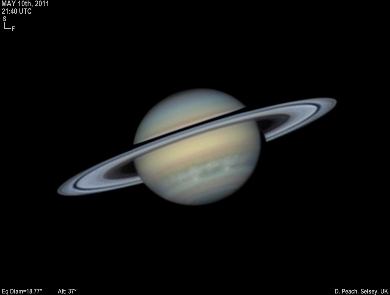 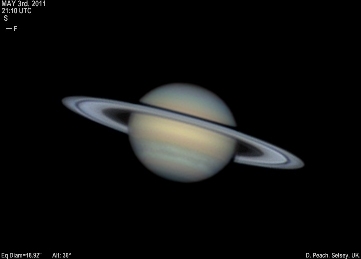 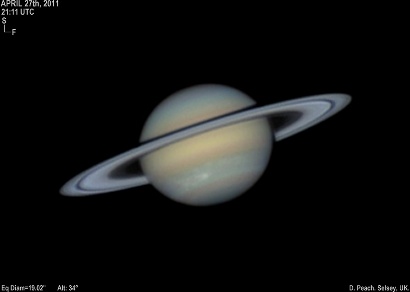 Saturn, April 27th, 2011. The head of the great storm is nicely on view in this image obtained under fair conditions. 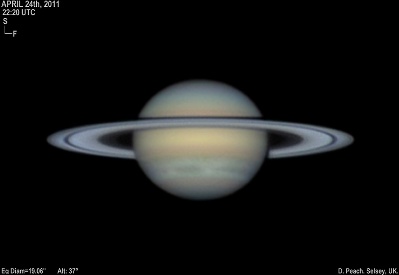 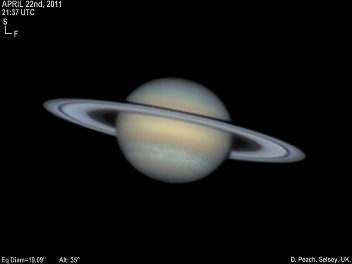 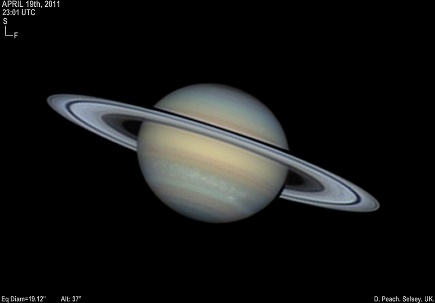 Saturn, April 19th, 2011. Under excellent conditions. Lots of turbulent activity associated with the storm. Some faint spoke features visible in Ring B. 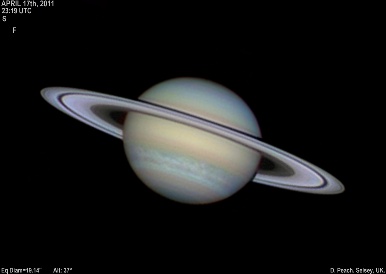 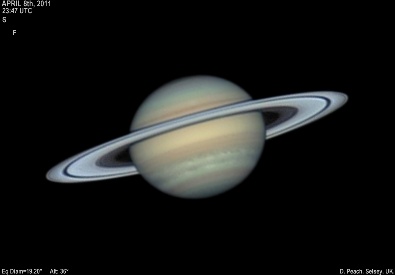 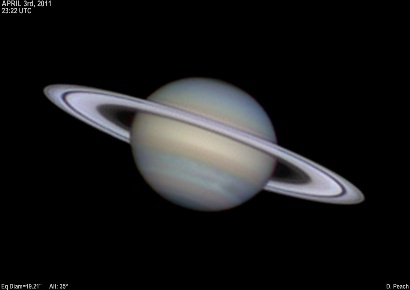 Saturn, April 3rd, 2011. The Planet very close to opposition with the rings having brightened noticeably due to the Seeliger Effect. 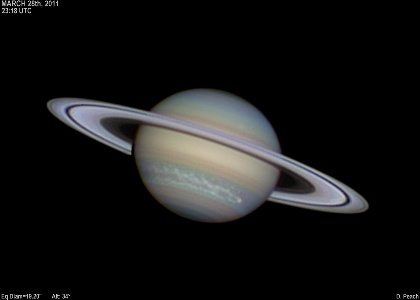 Saturn, March 28th, 2011. Excellent conditions on this night. The brilliant head of the storm and trailing turbulence are well seen. 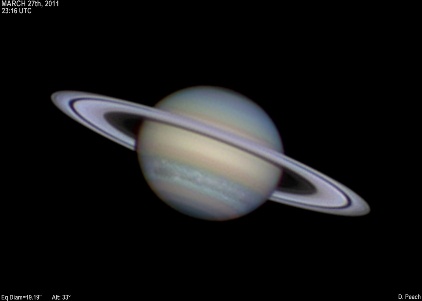 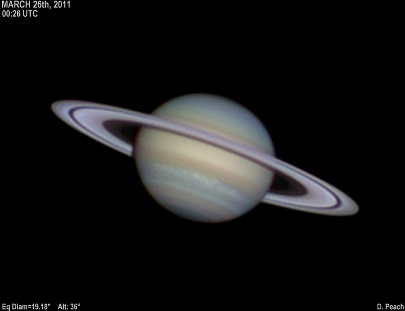 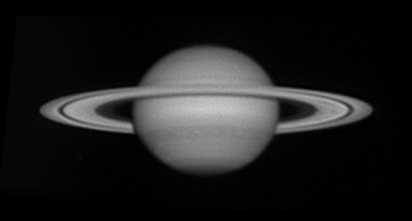 Saturn, March 26th, 2011. Storm activity is again apparent. Spokes visible rotating in the B-ring can be seen in the animation at right. 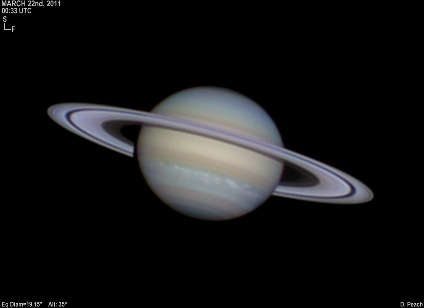 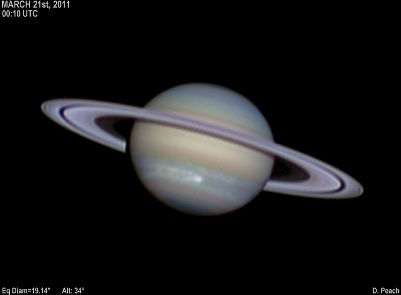 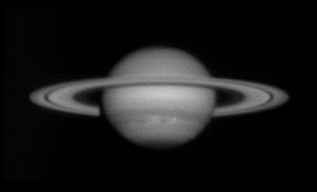 Saturn, March 8th, 2011. The great storm is nicely seen. In the animation note the spoke feature rotating in the rings on the right (morning) Ansa. 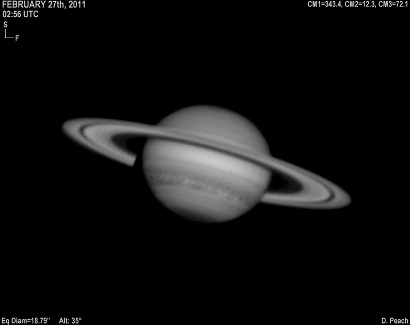 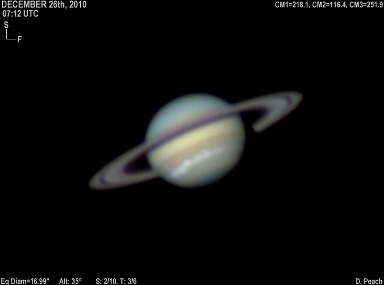