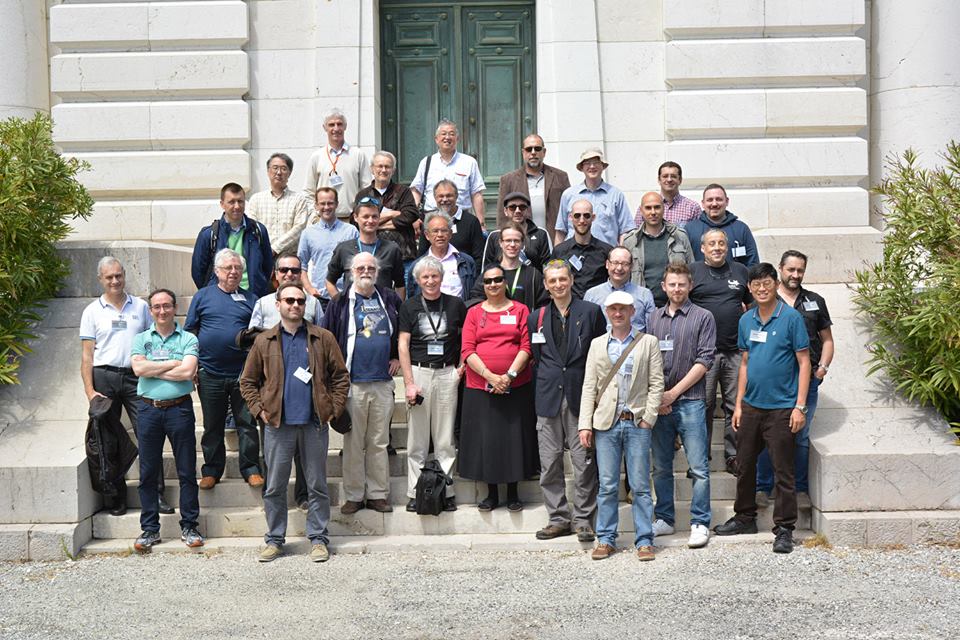 Above: Group photo of all those attending outside the dome of the 77cm refractor.

With NASA's JUNO spacecraft due to arrive at Jupiter on July 4th it was decided to hold a meeting to discuss how best to support the mission from ground based observing. The the gracious help of Europlanet and Ricardo Hueso and colleagues a meeting was organised for mid May at the Nice Observatory on the Cote d' Azur.

On a personal note it was my first opportunity to meet several people i have known for many years. Long-time imaging cohorts Christopher Go and Christophe Pellier and Marc Delcroix attended whom ive been in communication with for well over a decade.

The meeting was a great success with many superb presentations and conversations over dinner. A really enjoyable meeting, and one of the best ive attended in many years! 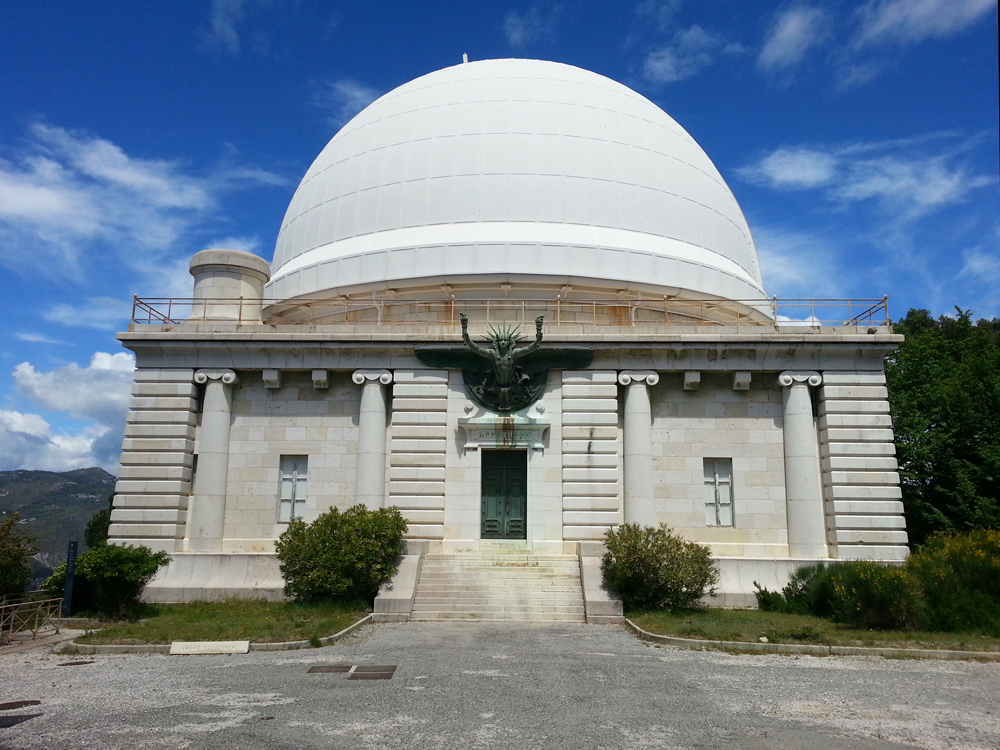 Dome of the 77cm refracting telescope 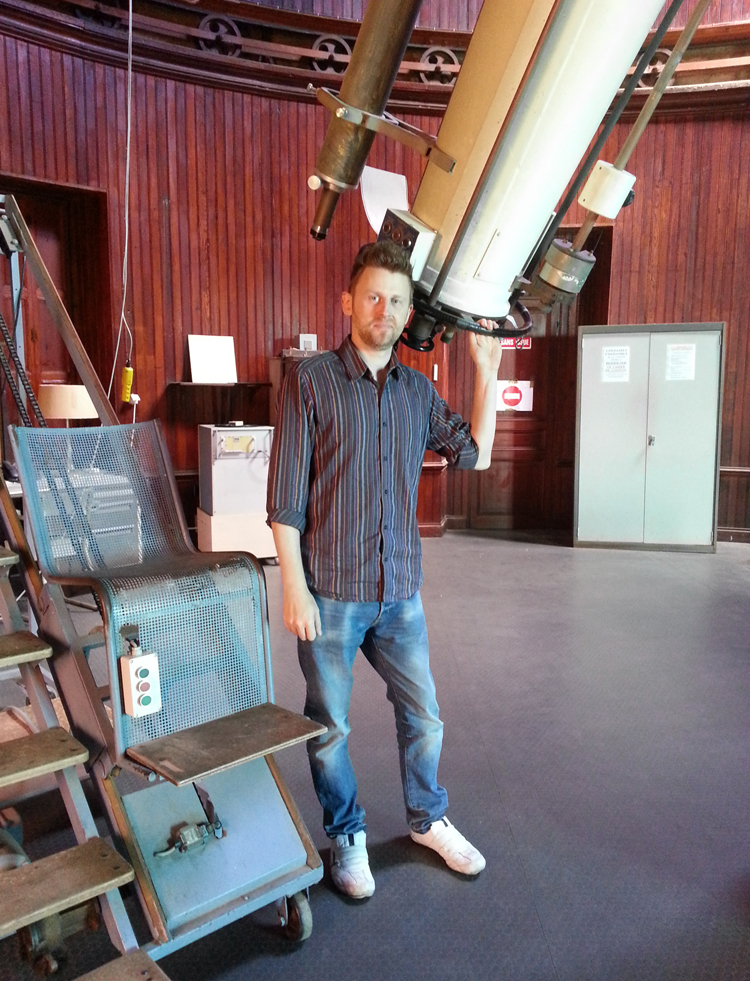 Myself with one of the smaller refracting telescopes on site 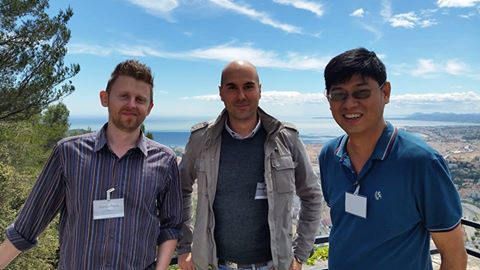 Myself with Alessandro Bianconi and Christopher Go 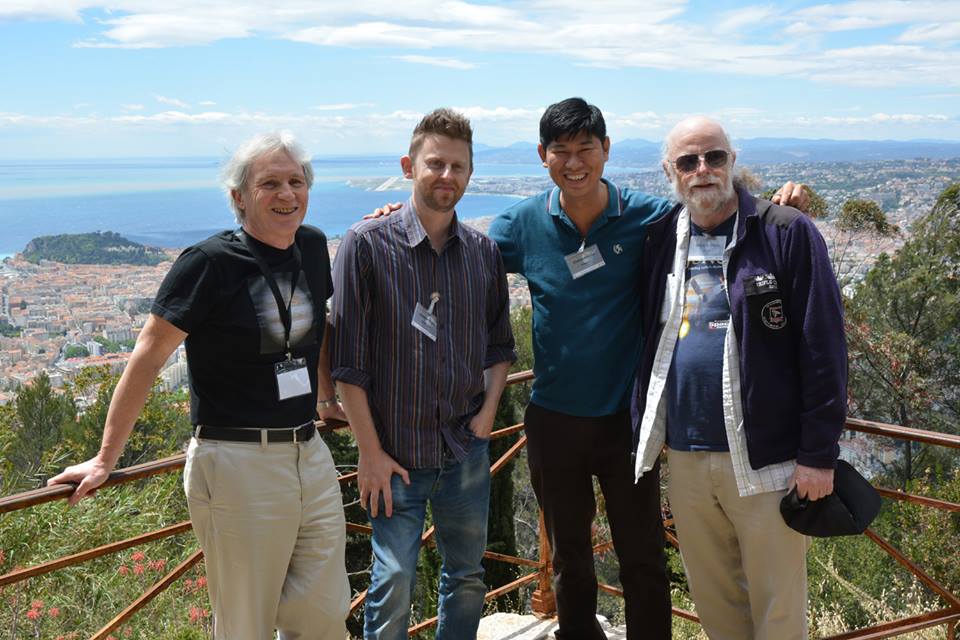 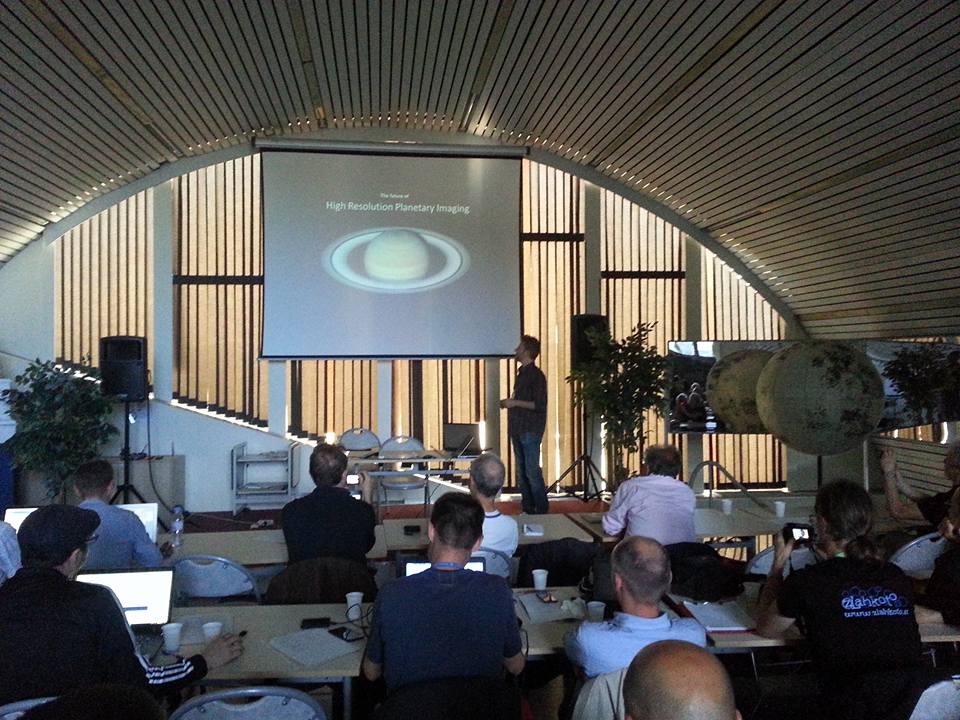 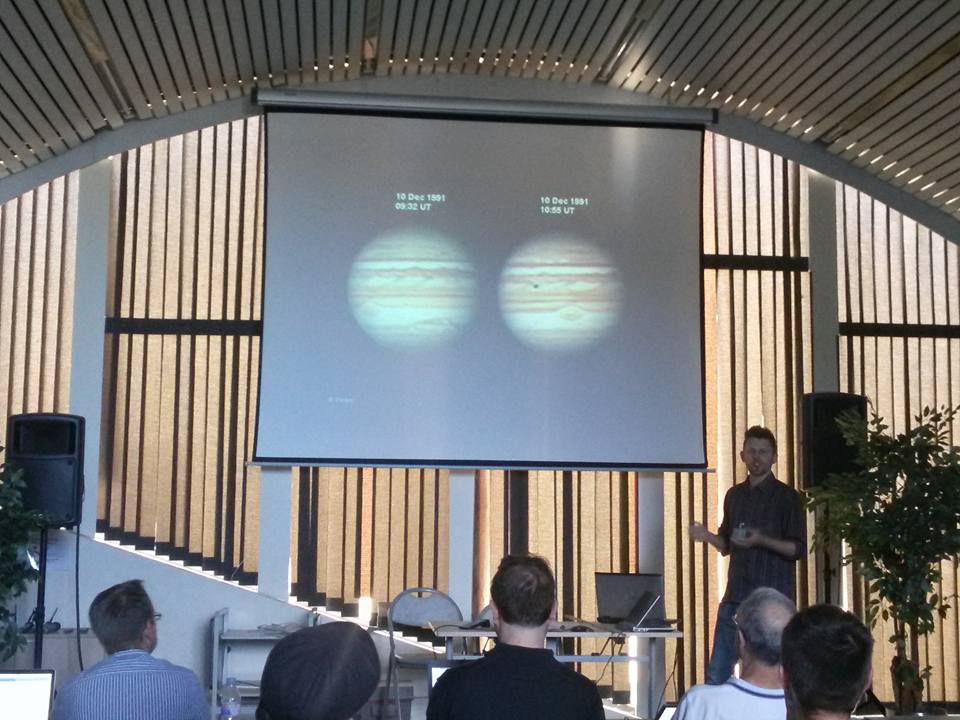 Giving my presentation at the meeting

View across Nice from the Observatory