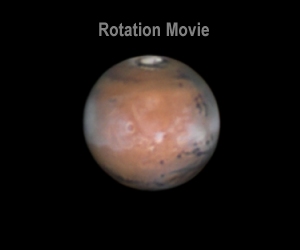 Rotation Movie 2012. The entire face of Mars is seen in this movie made from images obtained during March 2012. 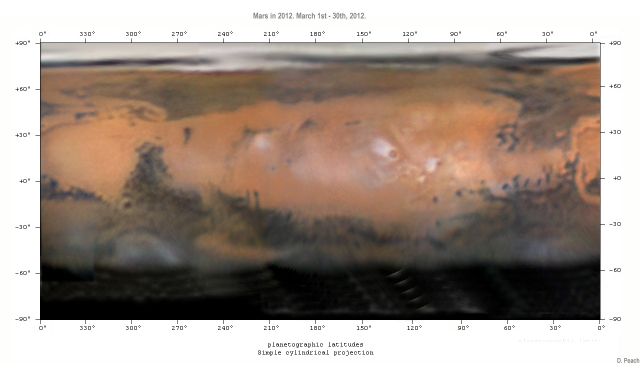 Mars in 2012 - Whole planet map. Made from images obtained during March 2012. The entire visible face of the planet.

Mars on May 28th, 2012. Diam=8.05". Excellent seeing. Extensive clouds across the planet. The Tharsis volcanoes are seen as dark spots with Olympus and Arsia Mons especially prominent. Bright clouds in the far north near the NPC. 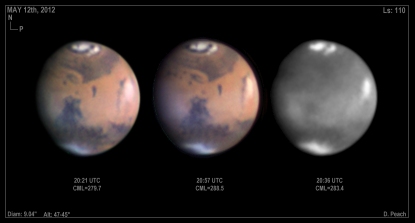 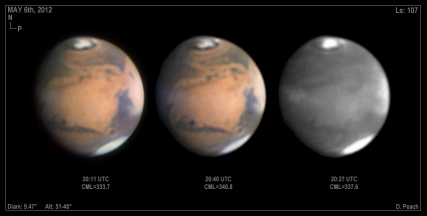 Mars on May 6th, 2012. Diam=9.47". Good seeing. Hellas brilliant in the south covered with cloud/frost. Small patch of cloud extending into Chryse. No Blue Syrtis Cloud is apparent. 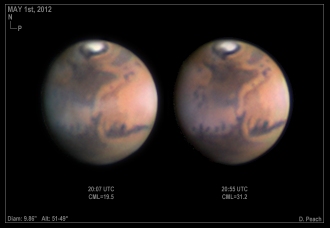 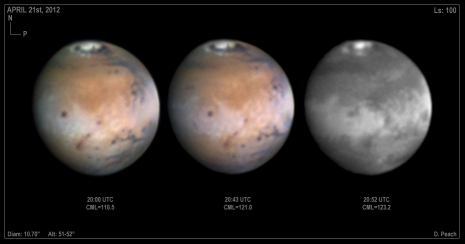 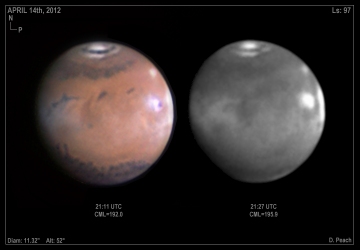 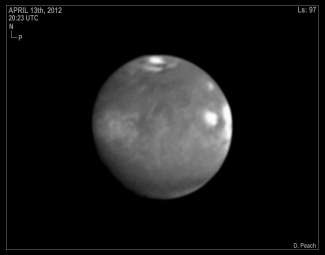 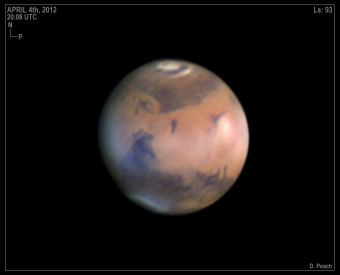 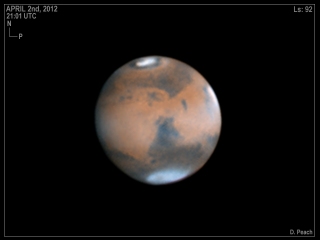 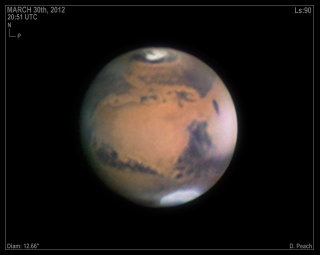 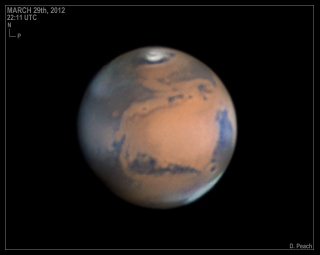 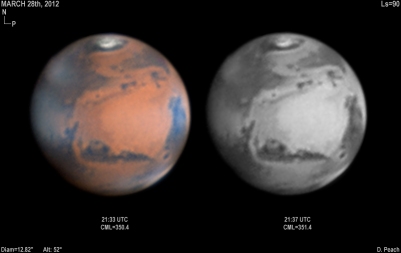 Mars on March 24th, 2012. Diam=13.13". Fair to good seeing. Much the same view as the night before. Note the dark spot of Ascraeus Mons poking through the clouds at left. 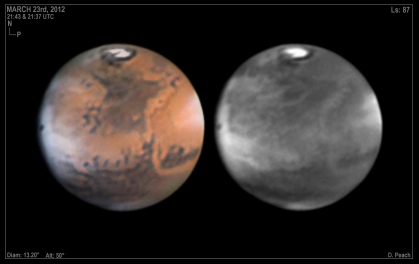 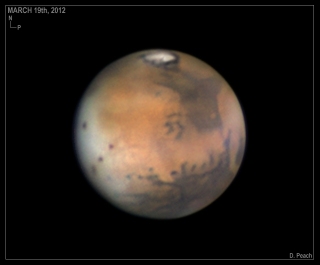 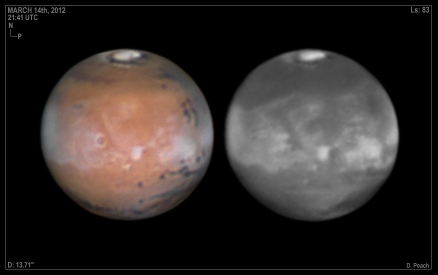 Mars on March 14-15th, 2012. Diam=13.71". Excellent seeing. Extensive clouds over the Tharsis volcaoes. Note how they increase as the region rotates toward the limb. Olympus Mons is very prominent as centre with its western side flanked by cloud. An unusual high altitude limb cloud was also captured (cutout inset.) 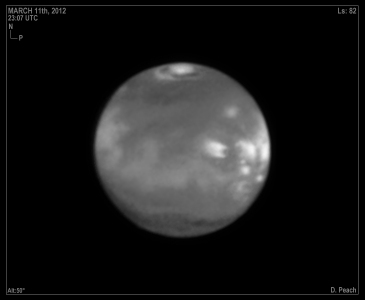 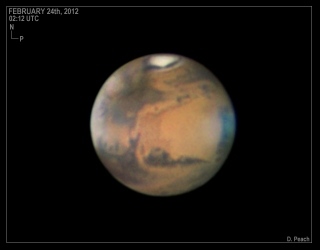 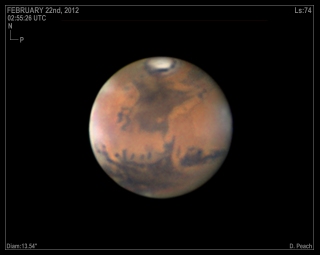 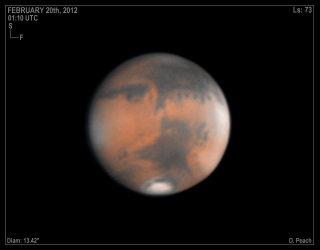 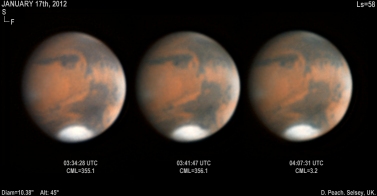 Mars on November 23rd, 2011. Diam=6.72". Elysium is central with weak clouds over it. Bright morning limb clouds over Libya. Also a weak cloud to the far south. The NPC again appears brilliant. 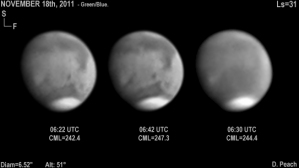 Mars on November 18th, 2011. Diam=6.52". Syrtis Major is headed off with the Elysium volcano headed on covered in weak orographic clouds. The North Polar Cap is brilliant in appearance. 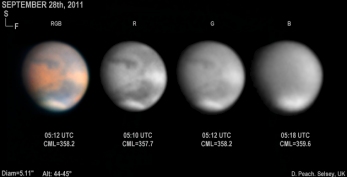 Mars on September 28th, 2011. Diam=5.11". Sinus Meridiani is prominent with Mare Acidalium headed off the disk. Bright clouds around the NPC.

Mars on September 23rd, 2011. Diam=5.02". Solis Lacus is again prominent with Mare Acidalium and Erythraeum prominent. Clouds are visible around the NPC.

Mars on September 15th, 2011. Diam=4.89". The first set of images obtained for the apparition. Tharsis is presented with weak clouds over the region and surrounding the NPC. Solis Lacus is seen at the edge of the disk.