In early 2009 a group of UK astronomers including myself conceived the idea of constructing a massive lunar mosaic - both to celebrate the International Year of Astronomy and the 40th anniversary of the Apollo 11 landing.

You can read about this project in detail here: www.lunarworldrecord.com

The resulting image is the largest ground based image mosaic of the Moon, being almost 88MP in size, and composed of nearly 300 separate images all obtained on the same night. The mosaic also resolves features to as small as ~1km on the lunar surface. The record was officially confirmed, and the team along with veteran astronomer Sir Patrick Moore was presented with the certificate at Patrick's home on July 11th. Some photos of the event can be found below. 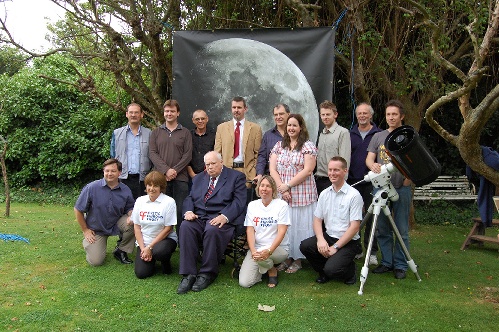 Lunar team with Sir Patrick Moore. The team with a full size print of the image (more than 8ft in height.) 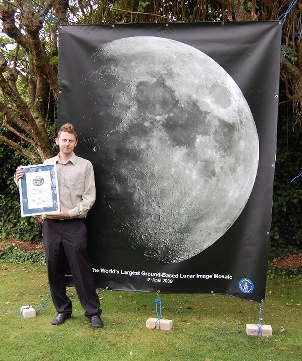 With the image and Guinness Certificate. Yours truly with the certificate and full size print of the image.