Jupiter from Barbados in 2010 - Advancements in image processing

The Jupiter data i obtained during the Jupiter's perihelic opposition in 2010 from Barbados remains perhaps the finest i have ever obtained. The combination of the large apparent angular diameter (almost 50 arc seconds) and high altitude above the horizon made for an ideal opportunity to catch the planet at its very best.

However, at the time image alignment and processing techniques compared to those of today were quite limited. Single point image alignment was still the primary method of aligning the frames and sophisticated image de-rotation techniques using the WINJUPOS program were still in the development stages (meaning the data acquired was limited to only two or three minutes.)

Since that time programmes such at Autostakkert 2 and WINJUPOS have brought things forward considerably. Autostakkert 2 allows accurate and reliable multi-point alignment, while WINJUPOS de-rotation now allows far more data to be used in a single image - now time periods up to fifteen minutes can be used resulting in a massive improvement in signal/noise ratio.

It was for these reasons i decided to attempt reworking some of the Jupiter data obtained in 2010 to see if any improvement in the final processed result could be realised. The results are presented below, and as you'll see the result was a significant improvement in the sharpness and clarity of small scale details. In fact the images presented probably now represent close to the theoretical limit of resolution possible for a 36cm telescope. It also illustrates just how limiting single point alignment was on this data - even though the seeing conditions were excellent for much of the time when this data was taken.

On the new processed version only minimal wavelet sharpening was applied and no noise reduction at all was required. Another noticeable difference from how the original versions were processed.

Further images will be added as they are completed. 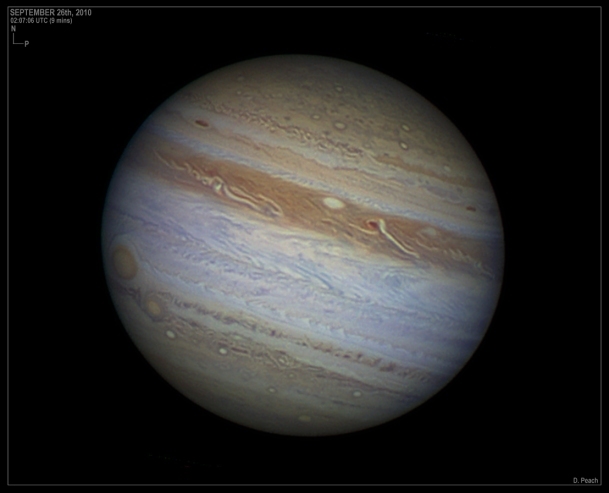 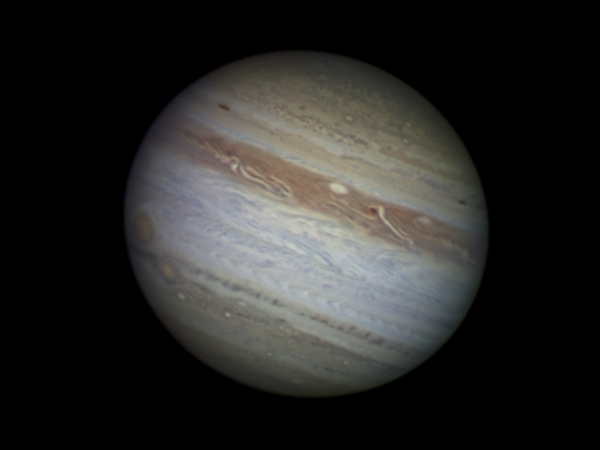 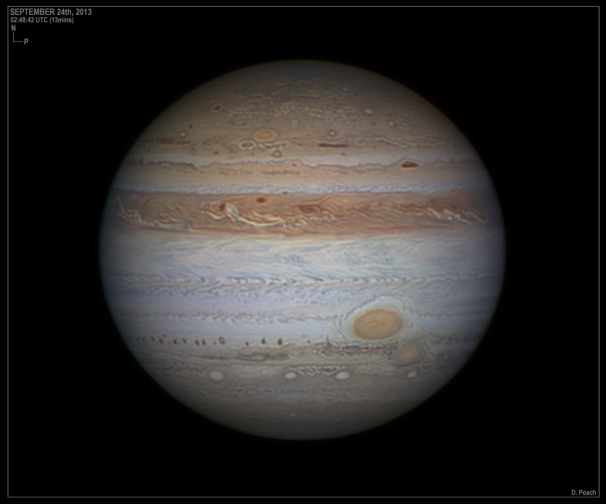 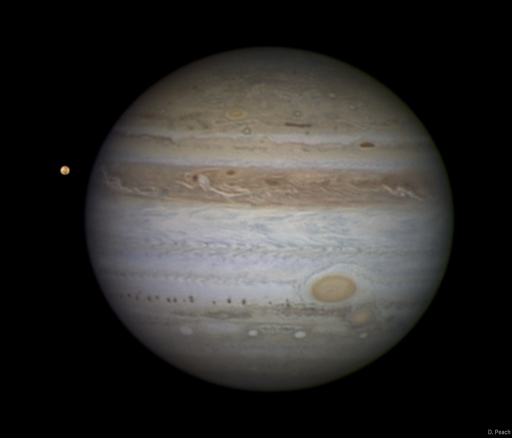 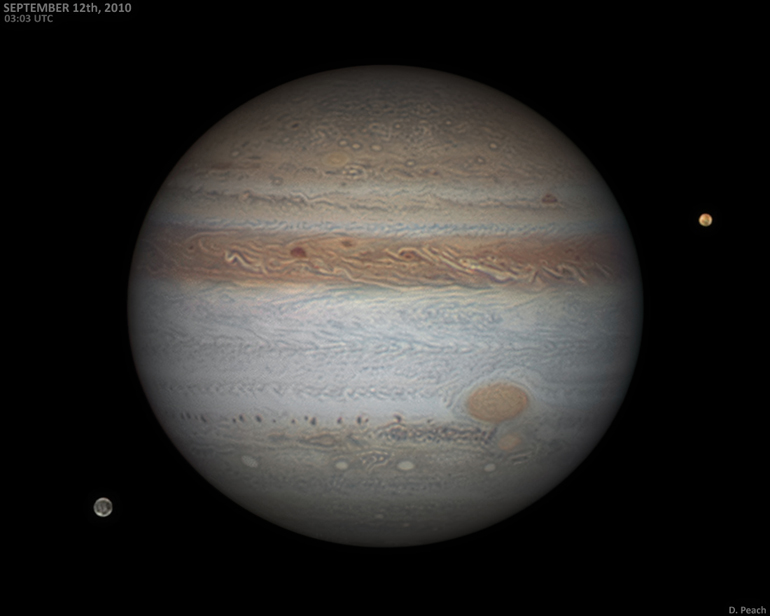 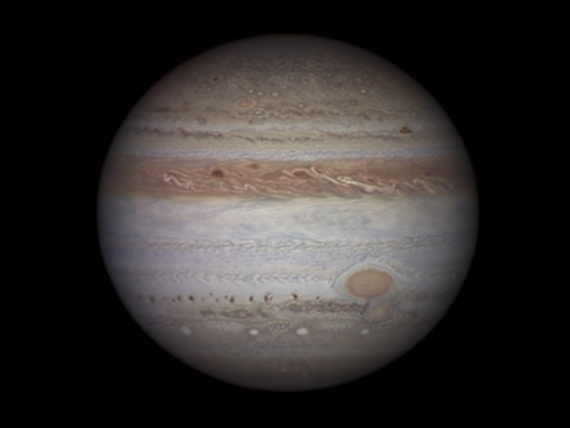 © All images copyright Damian Peach. No images used on this page may be used. amended, or distributed without the consent of the author