In October 2007 at the Autographica 10 show at Heathrow, i had the chance to meet some of the Apollo Astronauts, three of whom had walked on the Moon during various Apollo missions. Buzz Aldrin (Apollo 11), Alan Bean (Apollo 12) and Gene Cernan (Apollo 10 & 17) were at the meeting. Also in attendance were Al Worden (Apollo 15 Command Module Pilot) and Mercury Astronaut Scott Carpenter. Below are a few photos from the event. 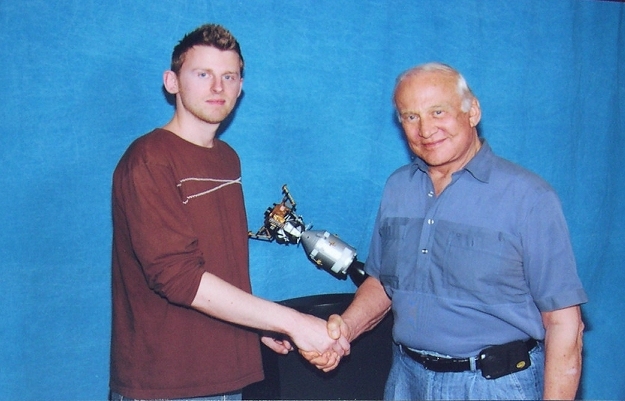 With Buzz Aldrin - Apollo 11. Perhaps the most well known of any astronaut, Buzz was the second man to walk on the Moon shortly after Neil Armstrong in July 1969. 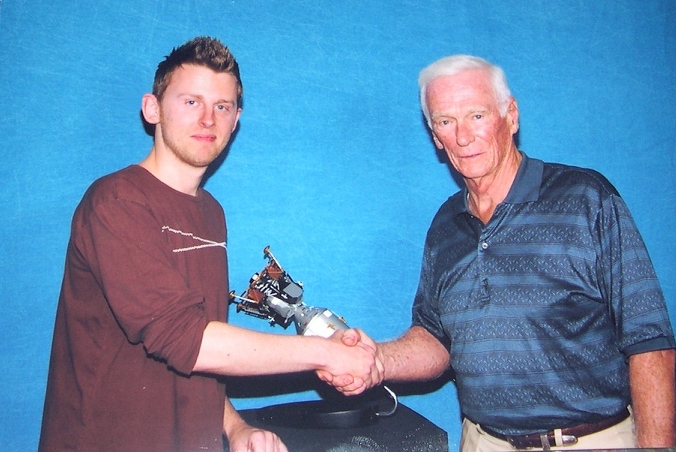 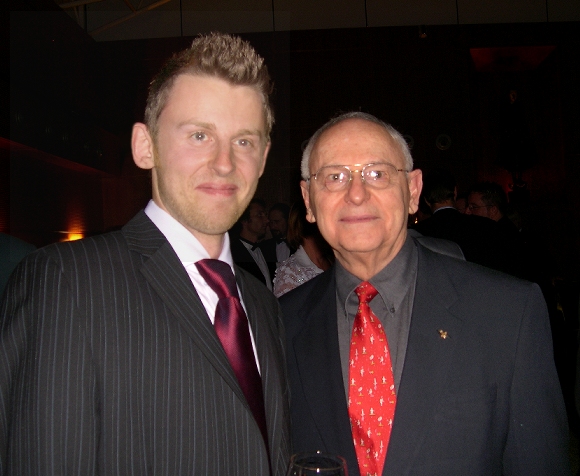 With Alan Bean - Apollo 12. Al was the 4th Man to walk on the Moon during the Apollo 12 mission.