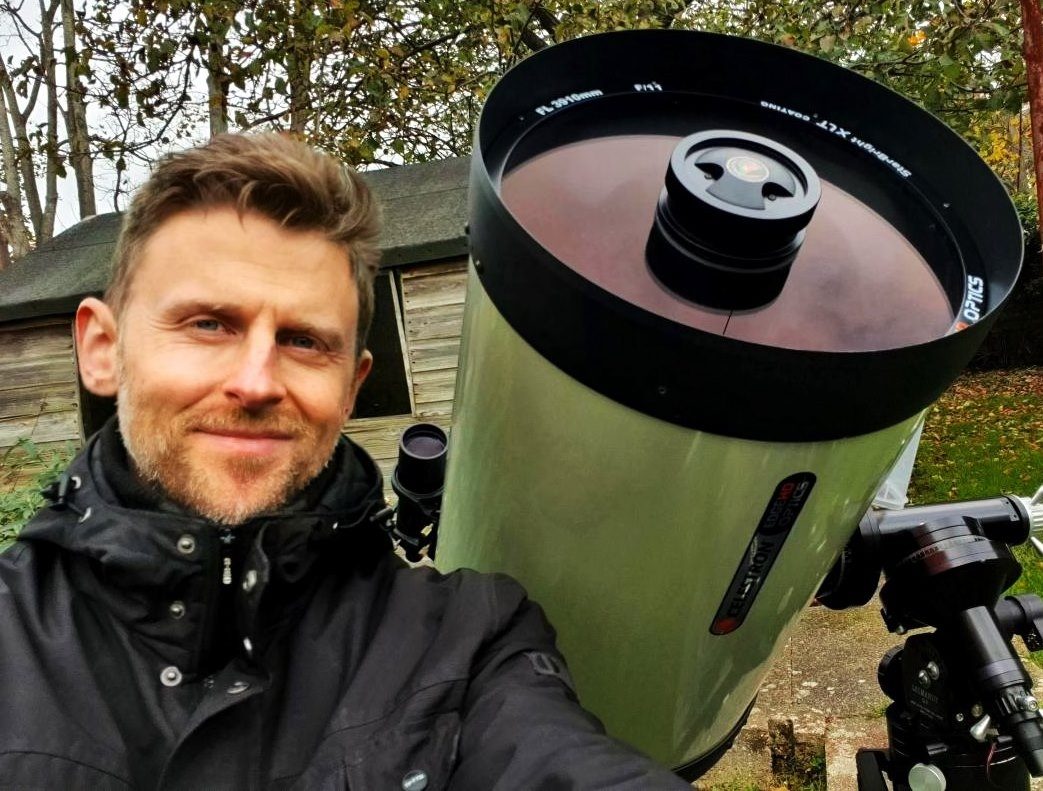 Damian A. Peach FRAS  is a British amateur astronomer, astrophotographer, lecturer and author. Best known for his photographs of a wide variety of astronomical objects. His career in the field spans over thirty years.

Peach's passion for Astronomy first began in 1988 inspired by books in his school library. Later he joined the British Astronomical Association (BAA) in 1996 and since then has contributed large amounts of observations to the various observing sections and also written and co-authored many papers in the organizations journal. He was awarded the organizations prestigious Merlin Medal in 2006. The same year he was also awarded the Association of Lunar and Planetary Observers (ALPO) Walter H. Haas award for his contributions.

Peach has provided astronomical images for magazines and books throughout his career. His images have featured in Astronomy Magazine, Sky & Telescope, Astronomy Now & The Sky at Night. He has also authored articles on astrophotography for these magazines. Peach has also been a co-author on several professional scientific papers on planetary astronomy, especially regarding work on Mars and Jupiter. He was one of only a few amateur astronomers to have work featured as part of the national Explorers of the Universe exhibition at the Royal Albert Hall in 2007. His work has also appeared at the Edinburgh Science Festival, and The Royal Greenwich Observatory.

Peach's work has also been used by NASA and ESA to illustrate what ground based telescopes can achieve in photographing the planets, and the support they can provide to professional space probe missions.

In 2011 Peach was crowned overall winner of the Royal Greenwich Observatory astrophotographer of the year competition, and was a prize winning finalist in 2012 - 2018. He also won 1st place in the National Science Foundation's Comet ISON photo competition for his image of the comet which was used by the media throughout the world during the comet's close approach to the Sun.

Peach has also appeared on BBC television in the UK. He first appeared on the BBC's All Night Star Party program in 2003 where he imaged Mars live for the program from the Roque de los Muchachos Observatory, La Palma. Following that he made many appearances as a guest on the BBC's Sky at Night astronomy program hosted by Sir Patrick Moore. He has also appeared on BBC news and The Discovery Channel. Peach has also conducted many public talks to both amateur and professional organizations over the past 20 years. In 2015 he was made Honorary president of Adur Astronomical Society in the UK.

In 2017 he formed part of a small team of observers who used the famous Pic du Midi Observatory 1.06m telescope to obtain some of the most detailed ever ground based images of Jupiter and Saturn. The same year asteroid 27632 was re-named Damianpeach by the International Astronomical Union (IAU) for his contributions to amateur astronomy. In 2018 he was elected to the board of the Aster Academy scientific committee and also awarded the Astronomical Legaue's prestigious Peltier award again for his contributions to astronomy. In 2022 he was awarded the Julien Saget Prize from the Société Astronomique de France (SAF) for contributions to astrophotography.

Copyright © www.damianpeach.com. No material used within this website may be used, amended or distributed without the consent of the webmaster.